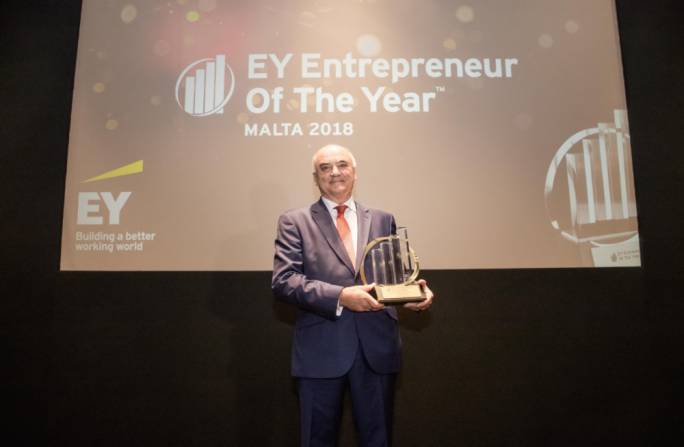 The EY Malta Entrepreneur of the Year 2018 award has been awarded to Angelo Xuereb.

Xuereb is the chairman of the AX Group and is only the second Maltese to win the prestigious award.

The award is “proof of Xuereb’s hard-work and determination through the years,” a spokesperson for the businessman told the press.

Xuereb has always maintained that the secret to the success of his business have been creativity, efficiency, challenge and determination.

“Entrepreneurship is the seed of tomorrow’s growth. Determination is the sweet and sour of success,” Xuereb said after the award ceremony.

He will be heading to Monaco in June where he will be competing in the EY World Entrepreneur of the Year award, which brings together entrepreneurs from over 60 countries worldwide.

Previous winners of the EY World Entrepreneur of the Year award include the founders of multi-million dollar businesses such as Amazon and LinkedIn.