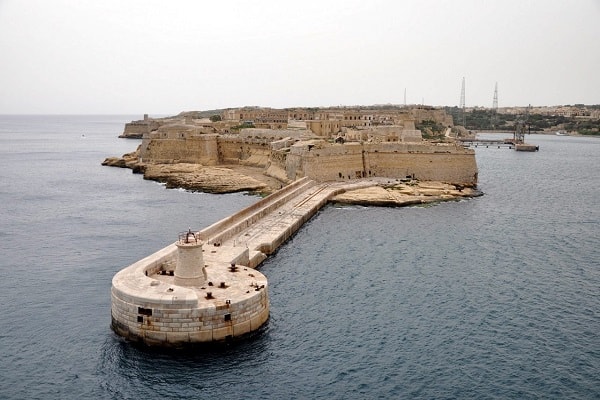 Built in 1878 by the British, Fort Rinella was the most technologically advanced war machine of its day. Powered by coal-fired steam driven hydraulics it could fire its monstrous 100-ton gun every six minutes, sending a one-ton shell up to a distance of eight miles to pierce no less than 21 inches (65cm) of ship armour!

Fort Rinella was one of four 100-ton gun batteries built in Malta and Gibraltar for the protection of the harbours. These forts became necessary with the building of two powerful Italian battleships; the Duilioand Dandalo, both armed with four 100-ton guns each in revolving turrets. At the time, Britain used the Mediterranean as a quick route to India and it was feared that the growing naval power of Italy might tip the balance of power in the region. The 100-ton gun was first developed for Italy by the great British Victorian inventor and industrialist from Newcastle, Sir William George Armstrong. The 100-ton gun was the world’s largest muzzle-loading cannon ever to be built. It has a calibre of 17.72-inches (45cm) and it is 35 feet (11m) long. It fired explosive elongated shot using a quarter of a ton of black powder. The cost of each round equaled the daily salary of 2,700 soldiers!